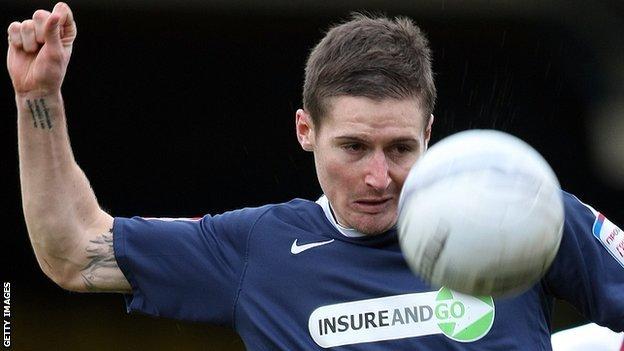 Two headed goals from Southend's Barry Corr saw the League Two side recover from 2-0 down against League One Brentford to force an FA Cup replay.

The Bees went ahead as a fine move ended when Tom Adeyemi finished past Paul Smith from Paul Hayes's pass.

Southend's Ryan Cresswall then flicked a header past his own goalkeeper to double Brentford's advantage.

The Shrimpers nearly won it late on but Gavin Tomlin's powerful header was pushed over the crossbar by Brentford goalkeeper Simon Moore.

"It was a fantastic game of football. The boys are gutted, their goalkeeper made three or four fantastic saves.

"A great game, end-to-end stuff, but I think we shaded it. If someone was going to come out of this game with a win, I think it was us.

"This game is not finished by a long chalk. People might write us off, I think they'd be writing us off at their peril.

"It will be difficult there, but not any more difficult than some of the other places we've been to this season and done well."