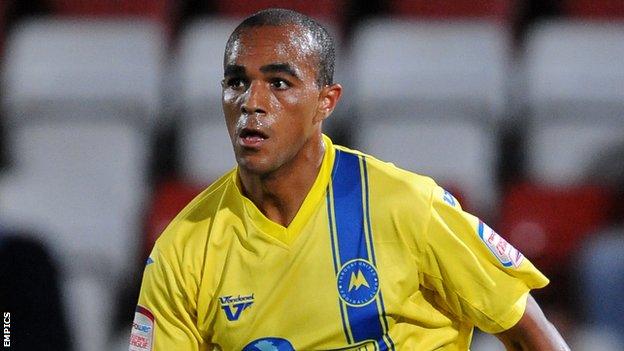 James Hanson shot wide early on for the Bantams, who play Aston Villa in the first leg of their Capital One Cup semi-final on Tuesday.

Nahki Wells missed a great chance to level and the Bees counter-attacked with John Oster adding the second.

"I'm very happy that we got the three points and with the way we accomplished that.

"I saw some very good spells and it makes you happy to be a part of it.

"They have a very direct style and it was very hard to fight against them.

"We also went for the direct approach but kept the ball on the ground."