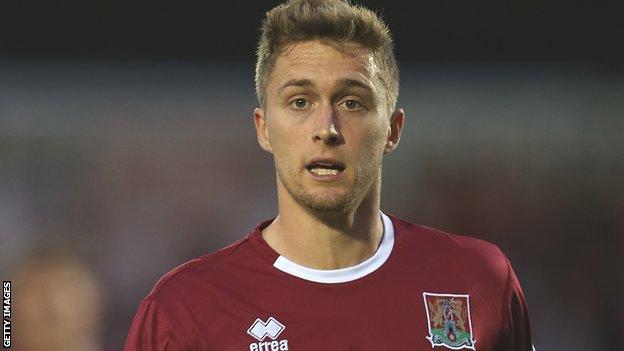 The home side took an early lead when Robinson headed home Chris Hackett's centre for his first of the game.

He added his second with a low drive from the edge of the box, before Clive Platt made it three from close range.

Jamie Allen blasted a late consolation for the visitors, who lose their five-game unbeaten run, while the Cobblers have now won their last three.

"I think today was a benchmark for us to see how far we've come. They're a top seven team, they beat us last time, and I think we were thoroughly worth the three points.

"Chris Hackett is in the form of his career and he obviously loves playing for Northampton.

"I'm pleased for Jake Robinson getting his two goals, and Clive Platt to get his as well. Him and Adebayo Akinfenwa were unplayable again today.

"I thought we looked a really good team today."