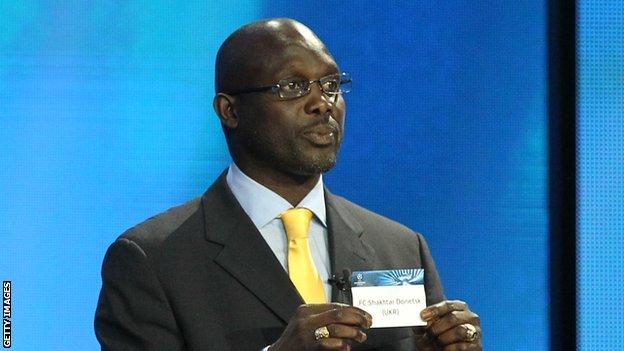 The Liberia Football Association has dismissed coach Kaetu Smith and his assistants after poor results during their seven months in the job.

Smith and his team were appointed in May but failed to win any of his five competitive matches in charge.

"Someone has to take responsibility for the team's dismal showing and in this case, it is the coach," Bility said.

"We also understand that the players lack commitment, patriotism and emotion for their country".

Bility said the new Lone Star team will include players who demonstrate commitment to play for Liberia.

Weah, who was critical of the appointment of Smith, and his committee want to have a new coach in place for the next round of 2014 World Cup qualifiers in March.

Liberia are currently bottom of their World Cup qualifying group following a 3-1 loss in Senegal and a goalless draw at home to Namibia.

Their next qualifier is at home to the other team in the group Uganda.

While in charge Smith did manage two wins in friendly matches featuring under-strength sides as the Lone Star beat visiting Malawi and Ghana in September.