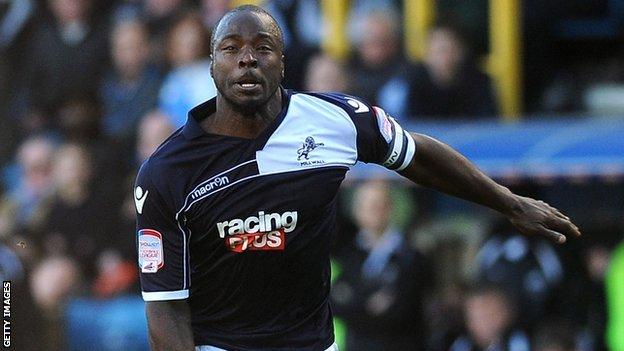 Nigeria coach Stephen Keshi has accepted a request from Millwall's Danny Shittu not to be considered for the Africa Cup of Nations.

The defender wants to concentrate on his club's push for promotion to the English Premier League.

"Stephen Keshi has agreed Danny Shittu can stay away from the Nations Cup after he called him," the Super Eagles media officer Ben Alaiya said.

Shittu was named in the Super Eagles' initial squad of 32 players.

However before Keshi's comments the Nigeria Football Federation had rejected Shittu's written request.

The NFF had made it clear that they wanted to apply the full weight of Fifa sanctions on Millwall if they did not release the centre-back.

"We've made our position known to both the player and his club," NFF spokesman Ademola Olajire told BBC Sport.

"There's a standard Fifa rule on international call-up and we expect them to respect that.

"The rules are very clear and we are only going to wait and follow due process on this situation."