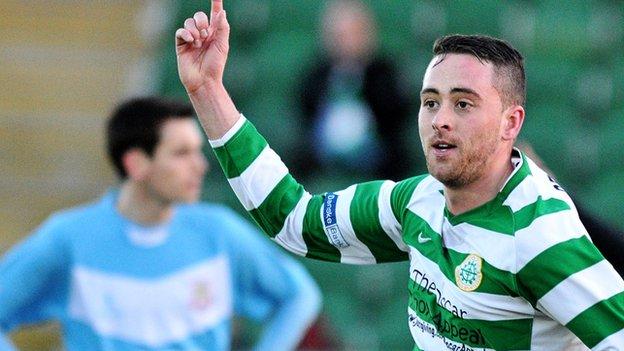 The Dublin-based striker, who had a spell in the Premiership last season with Carrick Rangers, has signed an 18-month contract at the Showgrounds.

The 24-year-old also played for Athlone Town and Drogheda United in the League of Ireland Premier Division.

Dolan, who scored Donegal Celtic's winner against Ballymena earlier in the season, should be eligible to make his Sky Blues debut in the New Year's Day league meeting with Dungannon Swifts.