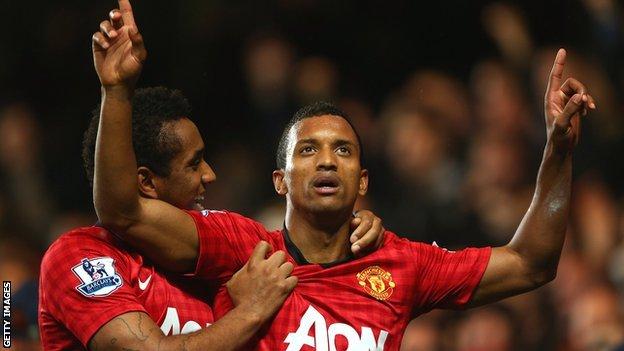 Nani, 26, has played just 11 times for United this season and will be out of contract in summer 2014.

If you believed everything you read in the media, we would have the biggest squad in Europe, not to mention becoming bankrupt!

"We need a Nani. He offers something different from the other players," said Ferguson.

"Yes he has a future. Absolutely. Why would I want to let him go?"

Nani, who signed a new four-year deal with United in March 2010, is currently in Dubai as he recovers full fitness, and Ferguson believes he will be a major asset when he returns to action in mid-January.

"He's an incredible talent; the boy's a great talent," he continued.

"Unfortunately, he's injured at the moment so we sent him over to Dubai for a break and hope a bit of warmth will help him in his recovery."

As well as dismissing the possibility of Nani's exit, Ferguson added that he had no plans for any major arrivals in the January transfer window.

"I am not looking to do any serious transfer business in January," he said.

"I don't have to because I am more than satisfied with the players I have in my squad, a group as good as any I have had in my time at Old Trafford.

"If you believed everything you read in the media, we would have the biggest squad in Europe, not to mention becoming bankrupt!

"It's been open season to link us with a stack of players, admittedly some very good ones, but it just isn't going to happen.

"Clearly serious injuries can upset your plans and force you to go out for a replacement but, by and large, I think we are well covered to cope with the normal absence of players."

United had a quiet January 2012, with Paul Scholes coming out of retirement the most significant addition.

But Ferguson made two high profile signings before this year's August deadline, bringing in Robin van Persie for £24m from Arsenal and Shinji Kagawa from Borussia Dortmund for £17m.