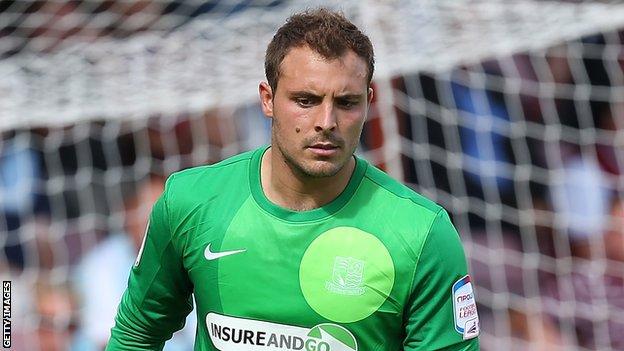 Paul Rachubka was brought in from Leeds at the start of December as cover for Ian Dunbavin, who will miss the rest of the season with a shoulder injury.

But Rachubka was sent off against Plymouth on 22 December and will serve a three-match ban.

Belford, 24, is free to make his debut at Rotherham on Saturday.

Had manager Leam Richardson been unable to add another goalkeeper to his squad, Stanley would have handed 18-year-old Andrew Dawber a first league start at the New York Arena.

Belford has started 74 times for the Shakers but has not featured at first-team level for the club this season.

He has had two loan spells with Southend during 2012, playing a total of 20 games.