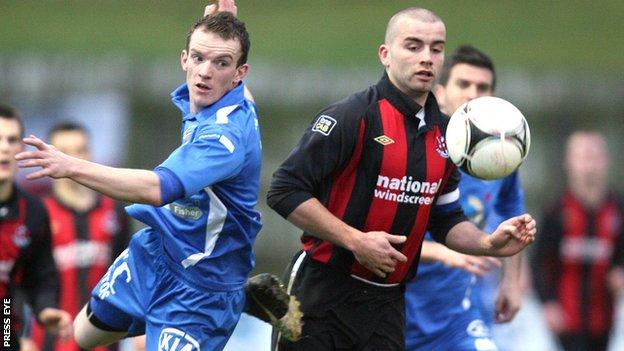 David Kee tapped in an 18th minute opener for United but poor misses from Leon Carters and Andy Crawford were to prove costly as the Crues hit back.

Gary McCutcheon levelled from a penalty after Stephen Feeney handled and Jordan Owens fired in from a rebound to put the Crues ahead on 39 minutes.

Declan Caddell blasted in a late third to seal an impressive victory.

Carters volleyed wide from eight yards before Crawford set up Kee to put the Fermanagh side ahead at Ferney Park.

Crawford should have added a second, but from five yards and with just Sean O'Neill to beat he sent his shot well wide.

The outstanding McCutcheon converted from 12 yards on 36 minutes after Feeney handled from a corner.

It was soon 2-1, McCutcheon seeing his shot blocked but Owens was well placed to fire in the loose ball.

Caddell latched on to a clearance before blasting in after 85 minutes to seal a win which keeps the Crues in touch with Cliftonville.

"It was not a great first 20 minutes but we came back at them and got two goals," said Crusaders boss Stephen Baxter.

"We talked things through at half-time and we knocked it about well in the second half - McCutcheon was quality and we had willing runners throughout the pitch."