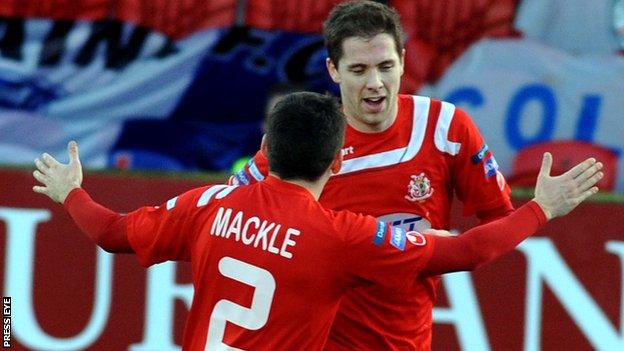 Portadown struck in each half to see off the challenge of Coleraine in the Premiership game at Shamrock Park.

The Bannsiders made a bright start but Portadown created the better openings and Richard Lecky wasted two chances before scoring after 39 minutes.

The striker headed in at the backpost from Ross Redman's pinpoint cross.

Brian Gartland drilled home the second on 59 minutes and Michael Doherty saved a penalty from Ports forward Kevin Braniff after a foul on Joe O'Neill.

Lecky made amends after slicing wide when well placed and failing to make contact from a dangerous cross.

Gartland netted after Coleraine failed to deal with a long free-kick while Doherty made his penalty save from Braniff in the 73rd minute.

It was a deserved win for the Ports while Coleraine have slipped two places to fifth.