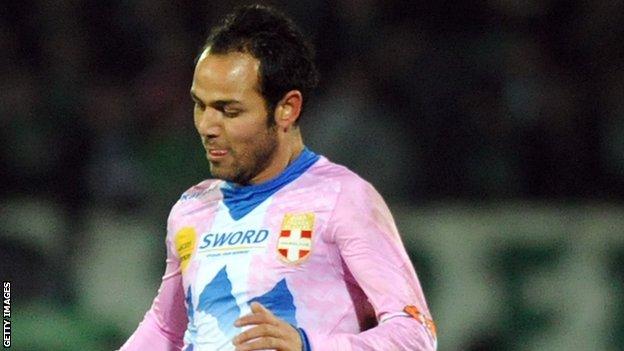 Tunisia's Zouhair Dhaouadi is looking for a new club after his contract with French side Evian Thonon Gaillard was terminated by mutual consent.

The 24-year-old was named in Tunisia's preliminary squad of 25 players for the Africa Cup of Nations finals in South Africa next month.

The attacking midfielder started just one game for Evian since joining from Club Africain before the start of the season.

He made a further seven appearances for the club scoring just one goal against Rennes in November.

Dhaouadi was also part of the Carthage Eagles squad at the 2012 Africa Cup of Nations finals in Equatorial Guinea and Gabon.