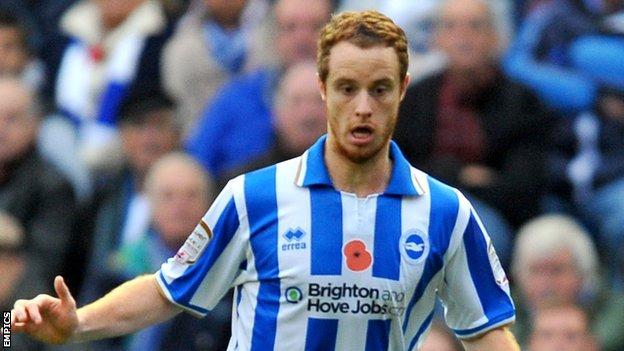 MK Dons are close to completing a deal to bring in Brighton midfielder Ryan Harley on loan.

"It's been documented that Ryan Harley was here today. He was one of the best players in this league not long ago," Robinson told BBC Three Counties Radio.

"We've got a player here who looks like he's very close to doing something with us. He's an exceptional talent."

Robinson added: "There's one or two things before we get over the line with that one."

The Dons, who are light in central midfield with both Stephen Gleeson and Luke Chadwick expected to be sidelined for at least two months, handed a first league start to 16-year-old Dele Ali against the Sky Blues.

Harley, who has made just two Championship appearances this term, will bring experience to Milton Keynes, having played 151 Football League games for Bristol City, Exeter, Swansea and the Seagulls.

"He wants to come, his parent club want it to happen and I'm desperate to make it happen," Robinson said.