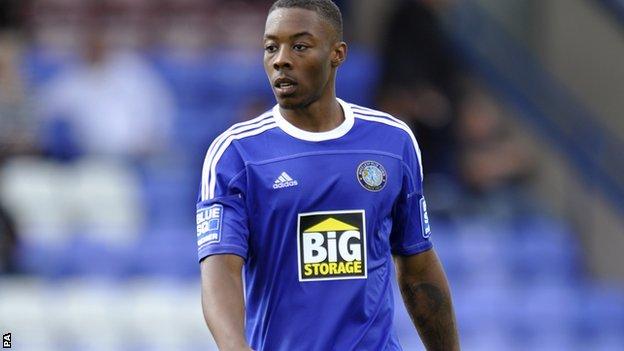 The Football Association is to investigate allegations Macclesfield defender Ryan Jackson was racially abused by a Barrow player on Saturday.

In the initial fixture claims were made that Macclesfield's Nat Brown was racially abused by Barrow supporters.

"We are very disappointed that this has overshadowed our excellent performance," said Macclesfield chief executive John Harris.

Macclesfield have also made a complaint to police.

"We remain staunchly opposed to all forms of racism, which we believe has no place in football, or indeed anywhere," added Harris.

"The club are aware that the matter has been reported to both the Police and the FA and will offer both it's fullest support in dealing with the matter."

Full-back Jackson, 22, joined Macclesfield on a one-year deal from AFC Wimbledon in June.

The win over Barrow means Macclesfield will face Championship leaders Cardiff City in the third round.