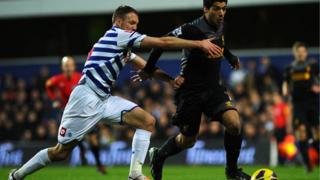 Pascoe - standing in for manager Brendan Rodgers who was absent due to illness - credits the "hunger" of the visitors, who completed the scoring inside 30 minutes through Daniel Agger's header.

The win takes Liverpool up to ninth in the Premier League, whilst QPR remain bottom.