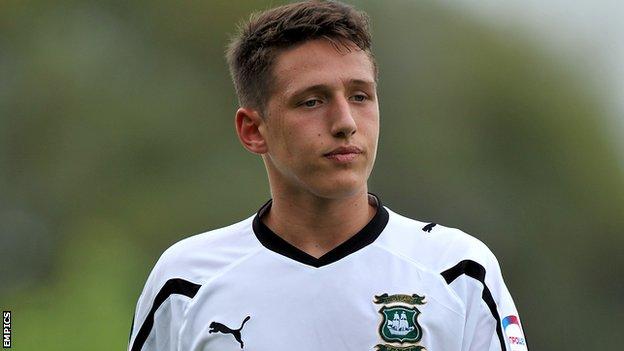 Millwall keeper Steve Mildenhall, 34, who had been on loan at Scunthorpe, has also joined for a month with a view to extending until the end of the season.

All three deals are subject to clearance, but the trio are expected to be available to face Plymouth on New Year's Day.

Hitchcock joined Premier League Rangers earlier this year after leaving Blackburn Rovers, and previously had a three-month stint with Plymouth.

O'Toole played under new Pirates manager John Ward during his time in charge of the U's.

The former Republic of Ireland Under-21 international started his career with Watford and had a brief loan spell at Sheffield United before joining Colchester, where he signed a permanent deal in January 2010.

He has made 11 appearances for the League One side this season and signed a two-year contract extension in June.

Mildenhall, who made nine appearances for Scunthorpe this season, has not played for his parent club since February.