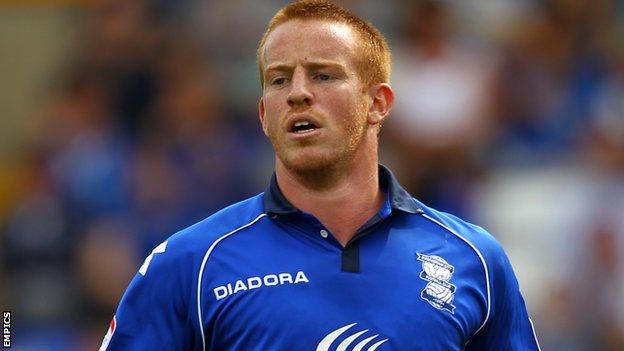 Swindon manager Paolo Di Canio has said he wants to keep Birmingham City loan striker Adam Rooney beyond the end of the season.

Rooney, 24, arrived at the County Ground in August, with ex-Town captain Paul Caddis going the other way.

Di Canio confirmed to BBC Wiltshire that the two clubs were in talks about Caddis making a permanent move and he intended to keep hold of Rooney.

"They want to buy Caddis and Rooney will remain with me," he said.

"He's been fantastic, even though he hasn't played the last few days. He will get his chance."

Rooney has made 15 appearances, scoring three goals, but has not started a game since November.

His switch with Caddis came after the Scotsman, who skippered Swindon to the League Two title last season, fell out with Di Canio during pre-season.

Meanwhile, Federico Bessone has left the Robins after his short-term contract came to an end.

The 28-year-old defender, who was released by Swansea in the summer, made six appearances for Di Canio's side.