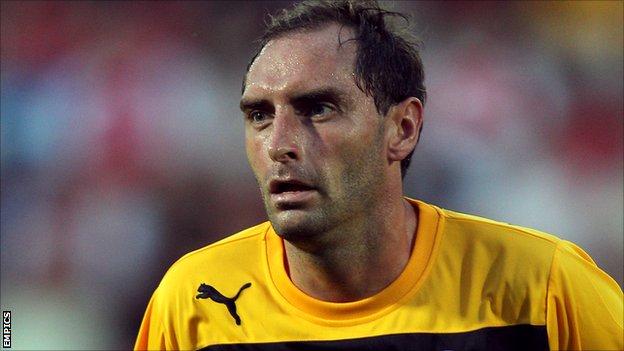 Rotherham defender Nicky Hunt will join Accrington Stanley on a one-month emergency loan when the transfer window opens on 1 January.

The 29-year-old joined the Millers after his departure from Preston North End but has been limited to nine league appearances under boss Steve Evans.

"It's been a position that we've been crying out for all year."

Richardson added: "Though people have been in there and done a good job, right back is a position I'd identified that we needed to fill."

Hunt began his career at Bolton, where he tasted Premier League football, and has also played for Birmingham, Derby and Bristol City.

Evans, 24, joined the club after a spell at Bradford in 2011 and scored two goals in 15 games this term.

"The chairman has told me we are now closer to agreeing a deal with Peterborough United to purchase Lee Frecklington," the Millers boss told the club website.

"The competition to sign this young man has been fierce, with many clubs interested, but with Lee making it clear to all of them that his first choice was Rotherham United, that has helped enormously.

"Hopefully we can get this completed but I will only sleep easy when the chairman tells me the lad has signed to be a Miller."