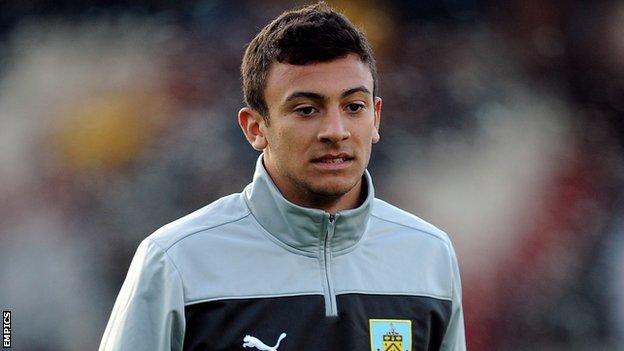 Colchester will sign Burnley forward George Porter on a youth loan until the end of the season on 1 January.

The deal for the 20-year-old will be completed once the transfer window opens.

Porter has yet to play a senior game for Burnley since joining from Leyton Orient in the summer.

But he made 39 appearances, including 27 as a substitute, during his O's career after being signed from non-league Cray Wanderers two years ago.

"He has caused us many problems in the past when he was playing for Leyton Orient and we are pleased to have him in the building in terms of adding quality and hunger to the team."