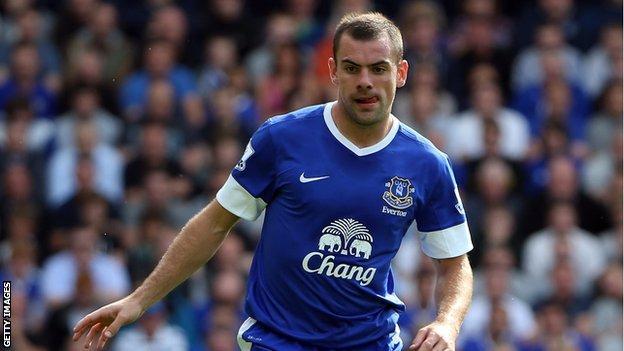 Everton midfielder Darron Gibson is likely to be out for a month because of a thigh strain.

The Republic of Ireland international missed Sunday's 2-1 home defeat by Chelsea because of the problem.

Everton manager David Moyes said: "I think he's going to be out for about four weeks."

The 25-year-old spent more than two months on the sidelines earlier in the season, missing 10 league matches, because of a similar problem.