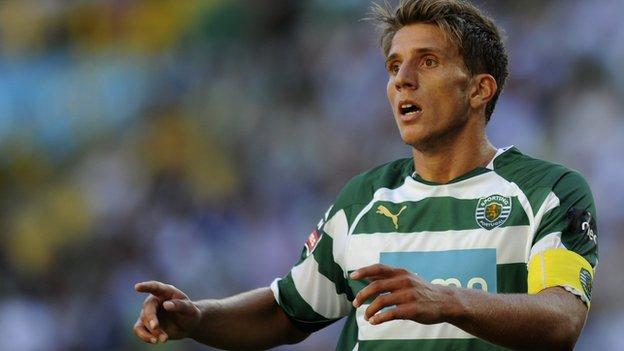 The 24-year-old former Portugal Under-21 defender has signed an initial two-and-a-half year contract, with the option of a further year after that.

Carrico was out of contract in June, with Reading paying £609,000 for him, according to the Portuguese side.

A Reading statement read: "Carrico is a versatile player who can play in the centre of defence as well as in midfield."

Carrico, who had made only two appearances for Sporting this season because of his contractual situation, will join the Royals later this week.

He wrote an open letter to Sporting's fans on the club's official website.

"It is with mixed emotions that I write this farewell message," it read. "I'm leaving the club of my heart, where I had the privilege of graduating through the youth ranks and serving for several years.

"I'm leaving because I understand that I am at a stage in my career when I have to take chances. Moreover, the proposed project is extremely exciting to me and know I can succeed."