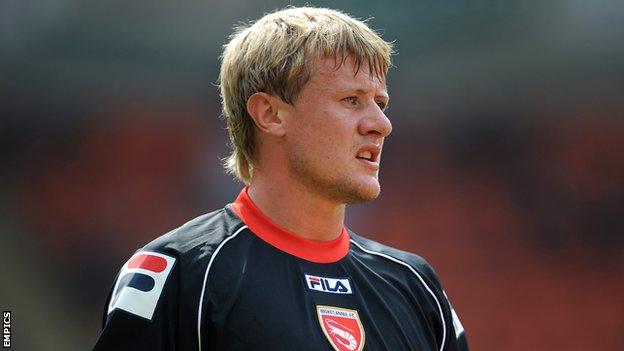 The Shrimps, playing in front of 4,029 fans - their highest crowd for a league game at the Globe Arena due to a free ticket offer - levelled when youngster Jordan Burrow bundled in.

And Parrish turned Lewis Alessandra's cross in to win it for Morecambe.

After a poor first half, the hosts always looked the more likely to claim victory, and came close to going ahead earlier with the scores level at 1-1 when Daggers man Scott Doe cleared Gary McDonald's shot off the line.

But following fine footwork from Alessandra on the wing, the former Oldham forward crossed for Parrish to finish at the back post.