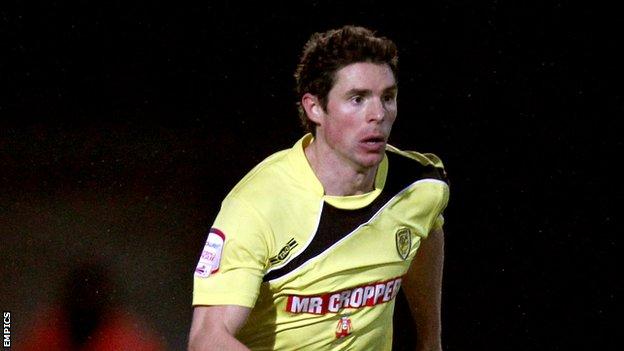 He could make his Bulls debut on New Year's Day in the derby with Kidderminster Harriers, the club where he started his career as a striker.

Meanwhile, Albion keeper Stuart Tomlinson has signed a new one-month deal as he recovers from a cruciate ligament injury.

The 28-year-old, who joined on a short-term deal in the summer has not played since suffering the injury in October against former side Port Vale.