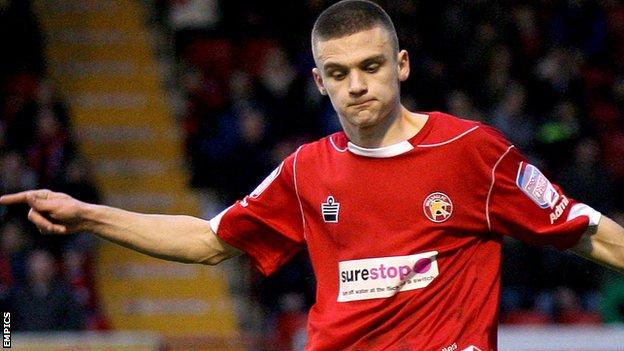 Jamie Paterson feels that Walsall are beginning to regain confidence following their recent run of form.

Paterson's 87th-minute winner against Stevenage made it three wins out of the last four games for the Saddlers after a 16-match streak without a victory.

"We all knew we were on a bad run, and in most of those games we did deserve the three points but we just didn't hold the victory out," he told BBC WM.

"I think that we've now got a bit more belief back."

He added: "We knew it would change, the atmosphere at the training ground was never negative and we knew the run would come to the end."

After a strong start to the season, Walsall's poor form saw them fall to just two points above the relegation zone.

But a 1-0 win over Colchester proved the catalyst to begin a surge up the table, and they now lie 11 points clear of the relegation zone.

And on New Year's Day Paterson scored his seventh of the season to help the Saddlers to victory over Gary Smith's Stevenage.

However, despite his strong form this season, Paterson was uncertain whether he would be able to continue to find the net on a regular basis.

"Obviously I want to score as many goals as possible, but it's even sweeter today as it got us the three points," the 21-year-old said.

"My target was 10 goals for the season - I've scored seven [this season] and three in five [games] but I'm sure I'll have a dry patch for a couple of games."