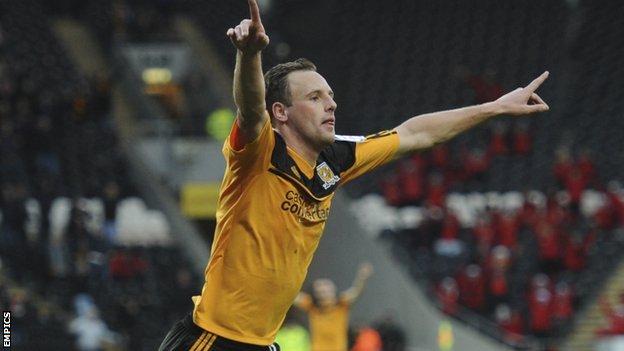 Hull City are set to complete the permanent signing of Sunderland midfielder David Meyler for £1.5m.

The Republic of Ireland international, 23, has scored three goals in nine games during his loan spell at Hull.

His loan ends on Wednesday, but Tigers boss Steve Bruce has told BBC Radio Humberside a deal is in place.

"David gives us energy and drive that complements the good footballers we've got," said Bruce, who has guided Hull to second place in the Championship.

"I've said all along that it was imperative that we get our loan players tied up and we're doing our utmost to do that.

"It's a good sum of money and fair play to the owners again. He gives us something that we haven't got since he's come into the team.

"He can only get better as well. His career has been cut short by a knee injury and he'll get better the more he plays. That athleticism makes him a great competitor."