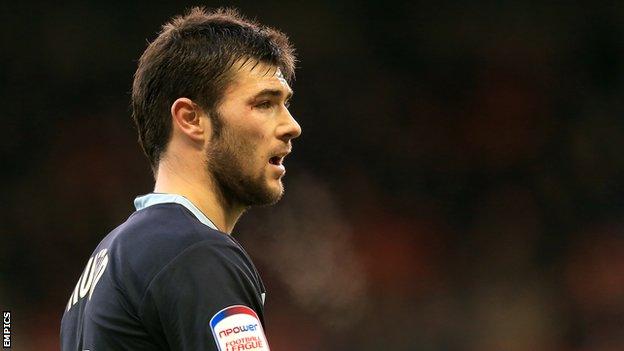 Burnley manager Sean Dyche is confident Charlie Austin will recover quickly from the hamstring injury that kept him out of action on New Year's Day.

Striker Austin, who has netted 23 goals this season, missed the 2-0 win against Sheffield Wednesday at Hillsborough.

But Dyche is hopeful that his top scorer will make a swift return.

"It's nothing too major," he told BBC Radio Lancashire. "It's a common hamstring injury, but with hamstrings, one player is different to the next."

Austin began the season in sparkling form, on 6 November, but he has scored only three times in his last 10 appearances for the Clarets.

Without the 23-year-old, Burnley claimed only their second win in eight Championship matches, Keith Treacy and Ross Wallace finding the net.

Dyche added: "The challenge was quite simple - go in and deliver a performance. You earn the right to challenge for a shirt.

"It's an invaluable thing to have players who are willing to give a performance and demand the shirt.

"Now, of course, consistency is king and you're looking for them to go and deliver again. Mostly, I think we've delivered good performances since I've been here.

"We've been building and getting stronger. The group knew what was required [against Sheffield Wednesday] and they delivered."