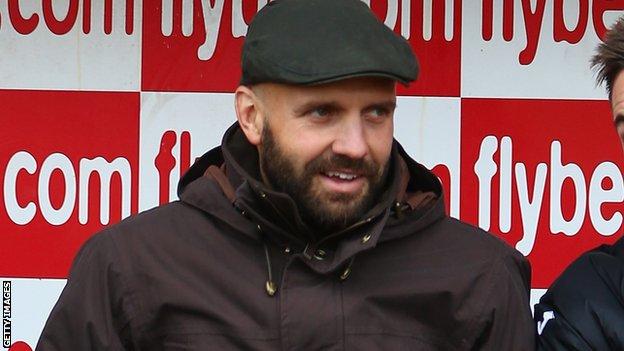 Only League Two front-runners Port Vale and Gillingham have better away records than City this season.

"It's a conundrum, it's a strange anomaly this season," Tisdale said.

"It's something we need to solve but I'm not going to criticise the players for their determination."

Exeter have won just one of their last nine games in front of their home fans - a 2-0 win over AFC Wimbledon on 6 November - and Tisdale says it is up to his players to try and find a way to win at St James Park.

"When it comes to winning football matches it's not how much you want to win, it's whether you know how to and that's what we've got to work out at home."

City played much of the match with 10 men after Jamie Cureton was sent off for violent conduct.

"What stood out was the nine outfield players who played that hour with a man down gave absolutely everything," added Tisdale.

"I had Tommy Doherty warming up for 40 minutes and I couldn't see a way of putting him on."