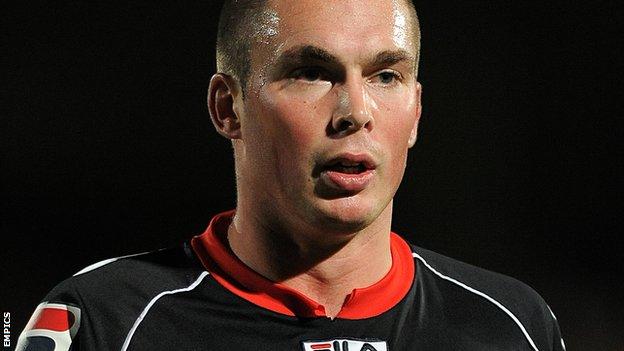 Richard Brodie and Jordan Mustoe have returned to Crawley and Wigan respectively after reaching the end of their loan deals at Morecambe.

Striker Brodie played his last Shrimps' game but full-back Mustoe did not feature.

"Richard's had six months with us but we're not in a position financially to renew it so he'll go back."

Bentley continued: "What will be will be with him. He's a northern lad and he was trying extra hard to try and He's had one or two problems with injuries, but he's certainly given it his all.

"We won't be bringing anyone in to replace him. Thankfully we've got Jordan Burrow back now, and although he's still a month or two away. We'll work with what we've got."