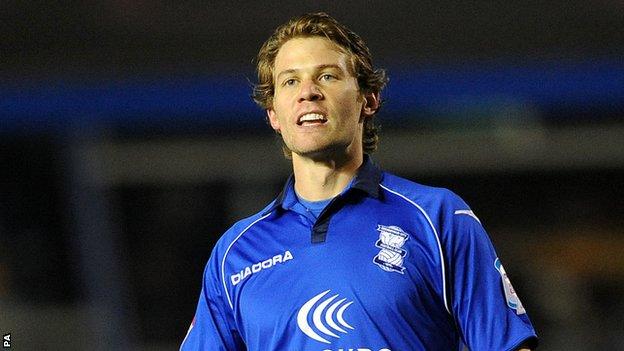 Defender Jonathan Spector has been impressed by Birmingham's young players during the club's injury crisis.

The Blues had 11 players unavailable against Cardiff on Saturday, so seven teenagers featured in the 1-0 loss.

"To be fair to the younger players, they've done brilliantly and haven't needed much help," Spector told BBC WM.

"They've got a lot of enthusiasm and character - players like Mitch Hancox who has been at the club for years and loves the club."

Injuries to front-men Marlon King, Nikola Zigic and Peter Lovenkrands meant that the West Midlands side started the match with no experienced strikers, with Nathan Redmond and Ravel Morrison acting up top.

The problems in the treatment room, coupled with the Blues lying just four points above the relegation zone, may mean that boss Lee Clark could add some new faces at St Andrews.

However, Spector says that the team's thoughts cannot be side-tracked by transfer speculation.

"I think that's football - there's always uncertainty at every club [in January] no matter where you are," the American said.

"For us players, it's up to us to concern ourselves to what happens on the pitch.

"That's what the message from the manager will be and that is what we need to adhere to."