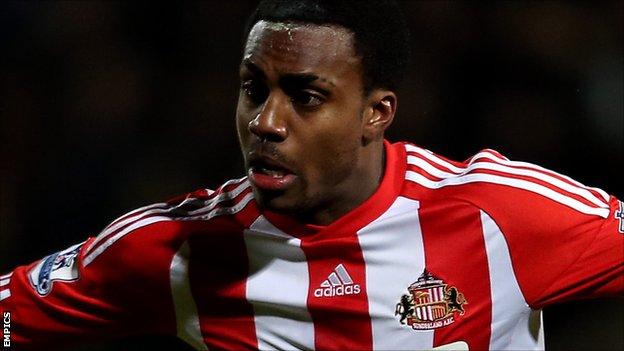 Sunderland loanee Danny Rose has said he would like to remain at the club beyond his current season-long move from Tottenham Hotspur.

The 22-year-old has become a first-team regular on Wearside, with 16 appearances since his September switch.

"I love the staff, the players, and I'm not looking to go back down south and not play. I'm settled."

Spurs boss Andre Villas Boas has said he would like to retain the player long-term but is happy for Rose to remain at the Stadium of Light until the end of the season.

"I spoke to the manager and asked him what was happening, because I want to know," Rose said.

"He told me the plan was for me to stay [on Wearside] for the full season and whatever happens after that is out of my hands, it's up to Sunderland and Tottenham Hotspur."

Doncaster-born Rose began his career at Leeds United before Spurs took him to White Hart Lane in July 2007, where he has made 29 appearances in all competitions.

Loan moves to Championship clubs Watford, Peterborough and Bristol City followed before his arrival in the north east this term.