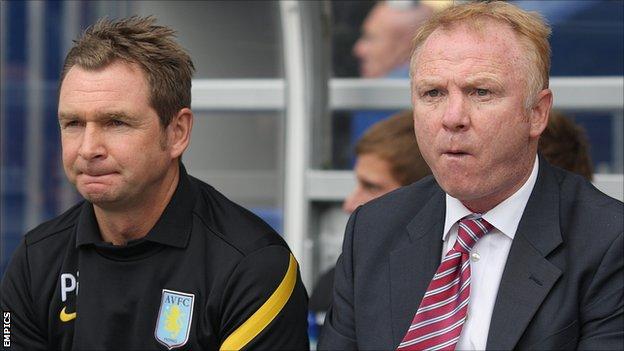 Grant, 47, was assistant to ex-Reds boss Sean O'Driscoll at Bournemouth, managed Norwich and worked with McLeish at Birmingham and Aston Villa.

"He's a workhorse and his life is soaked in football," McLeish said.

Hasselbaink was brought to Forest by Steve McClaren in 2011 and then worked under O'Driscoll this season.

McLeish, who added: "I've known him [Grant] for a long time and he's a person I trust and respect enormously.

"I am sure he will do an excellent job for Nottingham Forest."