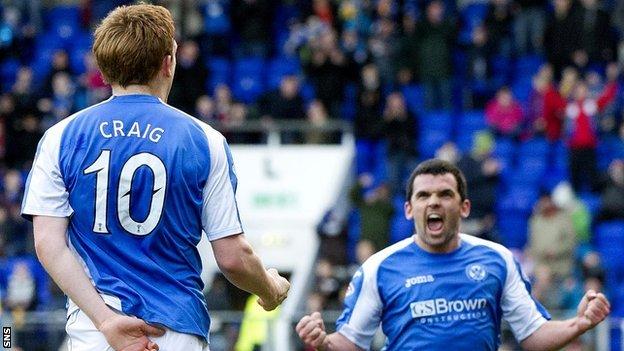 St Johnstone manager Steve Lomas admits he would "love" to retain Liam Craig beyond the end of this current deal but will wish him well if he leaves.

Midfielder Craig netted the winner in and can talk to other clubs with a view to joining them for next season.

"Liam has been a great servant to this club. He gives nothing but 100% every week," Lomas told BBC Scotland.

"But if he decides [to leave] we shake his hand and wish him all the best."

Lomas admitted there was a fatigue about his side as they secured all three points in the Tayside derby ahead of the Scottish Premier League's winter break.

"Always at 1-0 you're fearful that they get something," added the Saints boss. "We would've been happier if we'd have got that second goal and been a bit more comfortable.

"But, that being said, it's been a tough couple of weeks with the amount of games and there did look a few tired bodies out there so the main objective was to get the three points and we've got them.

"Going into a two-week break, the last thing you want is a defeat."