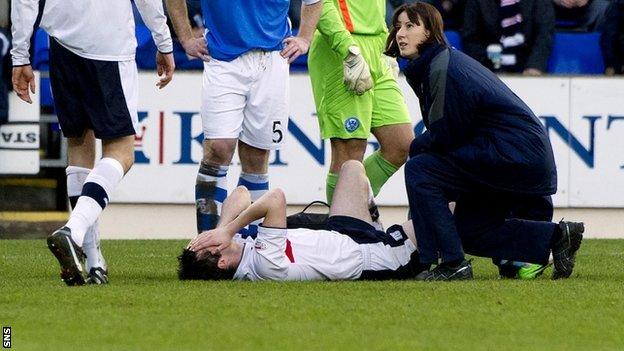 Dundee captain Stephen O'Donnell has revealed he has a torn cruciate ligament after he was stretchered off against St Johnstone.

O'Donnell had a scan on Friday which revealed the extent of the damage.

"Just to let everyone know who has been asking I have had results of my scan and its confirmed I've torn my cruciate ligament," he said on Twitter.

The midfielder made his comeback on Boxing Day after being sidelined since August with a groin problem.

"I'm gutted for him because he's had a hard time for the past four months," said manager Barry Smith after Wednesday's 1-0 loss in Perth.

"To come back, in his third game, and potentially have something bad happen to him is very difficult."