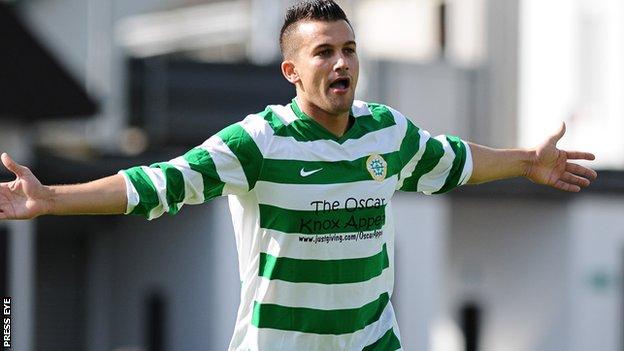 Kearney has contacted the west Belfast club to register his interest in the former Glenavon and Linfield forward.

"He's a player I always liked and one I played with at Linfield," Kearney told the club website.

"He has always performed well against us - he works hard and has proved he can score goals at this level.

"He's the type of player who would fit well into the style of football we play," Kearney added.

"Everything is still up in the air at the minute We will probably have to shift a couple of players on and Donegal Celtic will be looking to bring in players to replace those leaving."

Donegal Celtic, who lie one from bottom in the Premiership, will be keen not to lose Miskimmin after striker Shane Dolan left the club last week and joined Ballymena United.