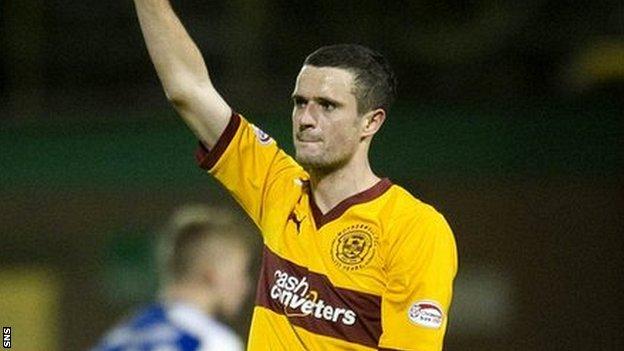 Murphy, 23, has signed a three-and-a-half-year contract at Bramall Lane.

He has been in outstanding form in the Scottish Premier League this season, scoring 11 times in 28 appearances for Stuart McCall's side, including five goals in his last five outings.

Blades boss Danny Wilson said: "We are delighted to have secured Jamie because the lad is a real talent."

The former Scotland Under-21 international has made 215 appearances for Motherwell since his debut in 2006.

"He is quick, strong on the ball and a good runner in possession," said Wilson.

"He will put defenders on the back foot and will offer us great versatility in forward positions.

"Jamie has a real eye for goal and will give us that bit extra quality in the final third that we need to unlock some stubborn League One defences."

Murphy completed proceedings on his Blades deal after playing his final game for Motherwell, captaining the side in the 1-0 defeat at Celtic on Wednesday in the Scottish Premier League.

He had rejected a move to Championship outfit Blackpool last January but thinks the move to Bramall Lane came at "the right time".

"Once Sheffield United came in, there was only one place I was going," he told BBC Scotland after his first training session in Sheffield.

"The fact they get 20,000 fans at home every week, you can tell they are a massive club and are going places.

"I think they've been tracking me for a while and the fact they want me to come down and get involved as soon as possible was a really big thing.

"The manager likes to play football and that was also in my thoughts as well.

"Hopefully I can come down here, do well and make a name for myself."