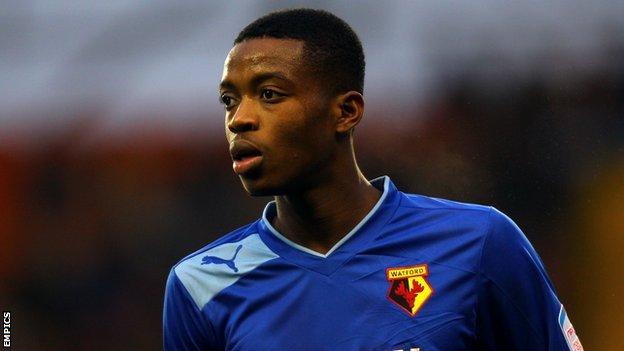 Watford have signed Chelsea midfielder Nathaniel Chalobah on loan until the end of the season.

The 18-year-old has scored twice in 18 games for the promotion-chasing Hornets already this term, after initially joining on loan in August.

"It's great news for us. He has become an important player for us since he came to the club," boss Gianfranco Zola told the club website.

"His performances have been getting better and better."