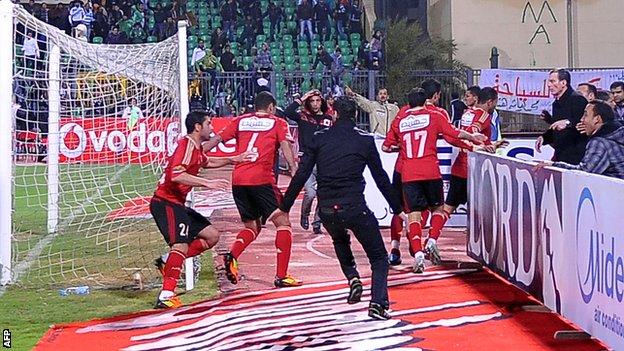 Egypt's Premier League will resume next month, despite football-related violence in Port Said on Wednesday.

Reports said there were clashes between fans of local club Al Masry and some Port Said University students, who were believed to be supporters of Al Ahly.

In February 2012, fans of the clubs rioted at Port Said stadium and over 70 Ahly fans were killed, leading to a ban on all domestic games in Egypt.

But it has now been agreed that the league will start again on 2 February.

Egyptian sports minister Al Amry Farouk has commented that the latest incident of trouble would not affect the resumption of the league and he confirmed it would restart next month.

Three previous attempts to re-start the Premier League - in September, October and December of last year - had to be abandoned, amid concerns over security.

State-run news agency MENA reported that tens of football fans were injured in Wednesday's clashes, in which stones and Molotov cocktails were thrown.