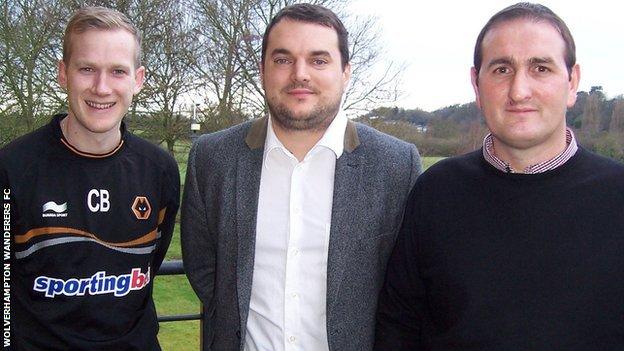 Wolves have appointed Stuart Webber as their new head of recruitment to succeed chief scout Dave Bowman, who left Molineux in November to join former boss Mick McCarthy at Ipswich.

The former director of recruitment at Liverpool, credited with signing Raheem Sterling and Suso at Anfield, had been at QPR until Harry Redknapp's arrival.

He reports to Kevin Thelwell, head of football development and recruitment.

Thelwell was appointed in an internal shake-up last month at Molineux.

Along with technical recruitment officer Chris Badlan, the club's department will be aiming at earmarking future talent for Wolves boss Stale Solbakken, as well as targeting a short-term plan for the current January transfer window.

Wolves, who are 18th in the Championship and six points clear of safety, suffered three straight defeats over the Christmas period.

"I am delighted that Stuart has joined the club," said Solbakken.

"It is part of the new structure put in place with Kevin Thelwell and is an important appointment which will benefit us in the transfer market both at home and abroad."

Having set up an academy scouting system at non-league Wrexham, Webber joined Liverpool's academy as a senior national scout in 2009.

He became the Reds' director of recruitment in 2011, prior to his move to QPR last summer.

Bowman left Molineux at the start of November to link up again with ex-Wolves manager McCarthy.

He joins former Wales centre-half Ian Evans, who was McCarthy's assistant at Millwall, Sunderland, the Republic of Ireland and briefly at Wolves.