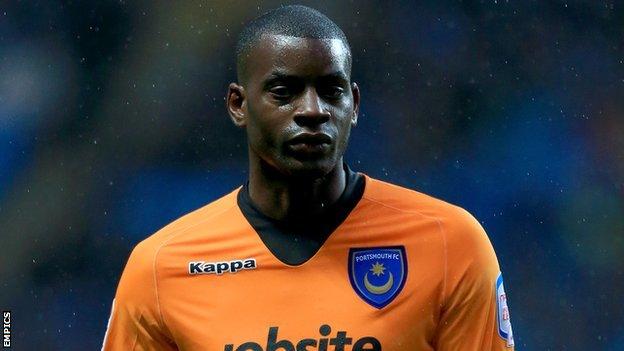 Birmingham-born McLeod has already been on target 11 times this term for League One rivals Pompey.

"We welcome back a more mature Izale with a wealth of experience and I believe he's a much better all-round player," said MK boss Karl Robinson.

"Izale offers something different to the team, but we all know he is a natural goal scorer and it provides us with strong competition up front."

The Dons are waiting to find out when McLeod will eligible to make his first appearance.

The forward is set to serve a one-match ban, but Saturday's FA Cup third round trip to Sheffield Wednesday may not count towards the suspension as he is cup tied.

Having started his career at Derby, McLeod has gone on to play for nine different clubs and has scored 105 goals in 303 league games.