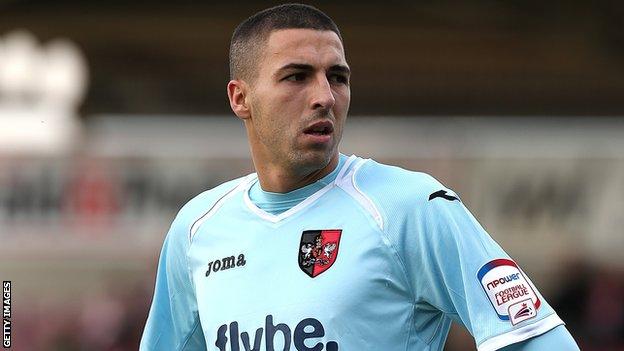 Exeter's Liam Sercombe is unlikely to feature again this season after undergoing surgery on his broken ankle.

Midfielder Sercombe, 22, was injured during the

"It looks as though Liam's going to be out for the season," manager Paul Tisdale told BBC South West Sport.

"He'll be out for three months from training so that makes it four months for playing, so to all intents and purposes he's out for the rest of the season which is a real shame."

Sercombe, who has come up through the club's youth ranks, played 23 games this season, scoring once in the in December.

He and Tisdale says the injury is even more disappointing as he had just begun to rediscover his top form.

"He seemed to be, in that Barnet game, looking as purposeful as determined as I've seen him for a long time.

"We'd been encouraging him to find some of the form he's showed on many occasions for the club in that midfield role and he was doing that against Barnet.

"It's a real loss for us and I'm sure he's feeling very disappointed and frustrated, but it's the sort of thing you have to accept in football."