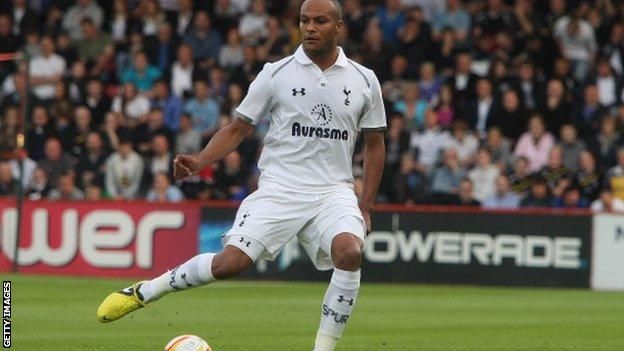 Tottenham will be without Younes Kaboul for longer than expected after the club said the injured defender would be unavailable until at least February.

Spurs had hoped the 26-year-old, who underwent knee surgery in August, would make a full recovery by January.

But assistant manager Steffen Freund said he was now hopeful Kaboul would be fit by "mid or end of February".

"He's on a six-week programme from the medical staff and starting to work now with the fitness coaches," said Freund.

The centre-back was a key member of Tottenham's defence last season as the club finished fourth in the Premier League, but the Frenchman has not played since the season-opening defeat by Newcastle.

"It's difficult to say now which game he will be back," added Freund.

"He has a lot of leadership qualities and we are waiting to have him back as quickly as possible."