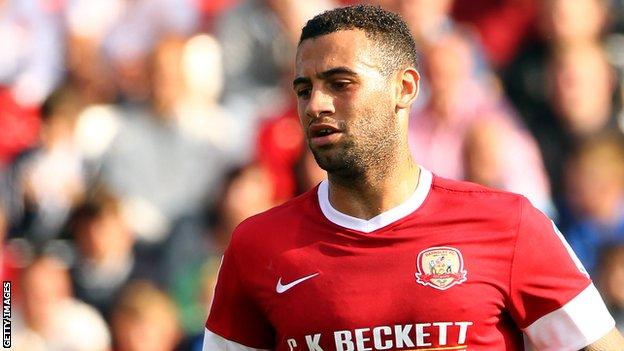 Wanderers have had a bid accepted for the 26-year-old, who is currently

This season, Davies has scored nine goals in 22 games for Barnsley, who have also allowed

If he agrees a transfer to the Reebok Stadium, Davies will become boss Dougie Freedman's first permanent signing.

The former Oldham and Chesterfield man, who scored four times in Barnsley's 5-0 win at Birmingham City in September, is out of contract at the end of the season.

Speaking after Saturday's FA Cup draw against Sunderland, Bolton manager Freedman told BBC Radio Manchester: "He's a player I admire and I've tried to get him for a few years at my last club [Crystal Palace].

"He's someone with the right experience and potential that I want to bring to the football club. He's got experience of the division and he's hungry."