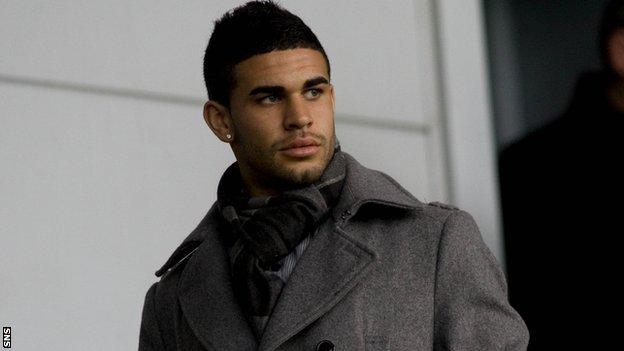 Buddies manager Danny Lennon told his club's website that the proposed deal for the 22-year-old had fallen through.

"His club have put a stop to the move," said Lennon, who hopes to bring Paul Dummett back for a second loan spell.

"It's a little bit strange after his club initially wanted him to go out on loan, but we will move on and focus our attention elsewhere."

Dwyer said on Twitter: "To everyone at St Mirren, thank you. Unfortunately, a loan could not be completed, not at any fault of St Mirren. Enjoyed it.

"Wish St Mirren all the best through the rest of the season! It was a pleasure."

Newcastle United full-back Dummett joined the Paisley club in August and has been a regular in Danny Lennon's side, scoring in Sunday's 4-3 win over Dundee United.

"In this loan agreement, Paul has played his last game," explained Lennon, who this week signed .

"He is on his way back to Newcastle United as they are short of defenders, but he was always returning to Newcastle for a week after his loan deal expired so they could assess him.

"We are still confident that we are in with a good shout of getting Paul back, so hopefully that will work out okay for us."

Dummett tweeted following Wednesday's draw with Kilmarnock: "Gutted we didn't win in my last game for St Mirren today. Hope to be back soon."

"Jason is back at the club after his loan and Mark has been released," added Lennon.