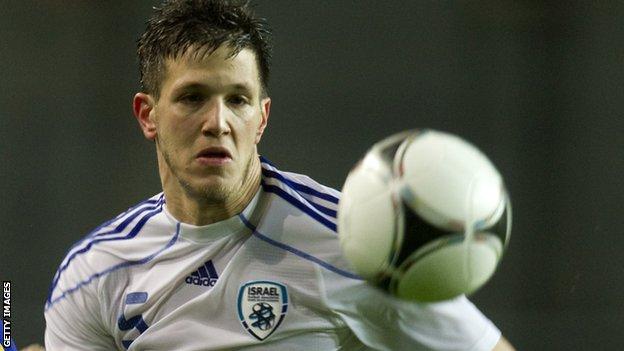 Celtic have completed the signing of Israel centre-back Rami Gershon on loan until the end of the season.

The player's agent broke the news on Monday and club chief executive Peter Lawwell has now confirmed the deal.

The 24-year-old joins from Standard Liege after a spell with Belgian Pro-League rivals Kortrijk.

Gershon, capped 10 times, can also provide cover at left-back and a three-year contract option will be discussed when the loan expires.

Celtic will have to do without Efe Ambrose for much of January should the central defender make Nigeria's final squad for the forthcoming Africa Cup of Nations.

The Scottish Premier League leaders are in Spain for a mid-season training camp and Gershon will join the squad in Marbella, along with Australian trialist Tom Rogic.

He stressed that the club had not received any bids for players and would not impose any time limits on the contract negotiations.

"There's a lot here for the kid," said Lawwell of Hooper, who has scored 68 goals for Celtic since his arrival from Scunthorpe on a four-year deal in the summer of 2010.

"We're continuing to talk until there's an offer for players that they want to take and go, or they sign a new contract. I think it would be wrong to put a time limit on it.

"We've had no offer, we're still in discussion with his people about a new contract. These things take time.

"Genuinely, at this moment there's nothing there that gives me cause for concern."