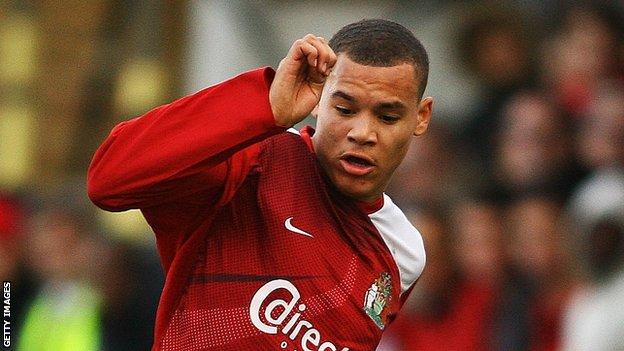 Bury have extended the loan spells of strikers Troy Hewitt and Tom Hopper from QPR and Leicester respectively.

Hewitt will remain at Gigg Lane until 22 January, while Hopper has agreed to stay until the end of the season.

The Shakers are but both deals have been approved by the Football League.

Hewitt, 22, joined Bury in October and has scored twice in 12 outings, while 19-year-old Hopper has three goals in 23 games for the League One club.

Manager Kevin Blackwell is also hoping to keep Leeds midfielder Zac Thompson at the club, but Wolves defenders Matt Doherty and Ethan Ebanks-Landell have returned to Molineux after their loans expired.