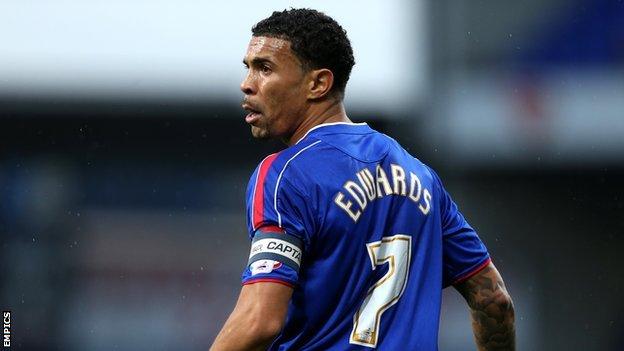 The 34-year-old has to play a certain number of games this term to trigger a 12-month extension in the summer.

"It's confusing. Hopefully it can be resolved sooner rather than later. I'm enjoying my football and hopefully I can be here next season."

It is understood that the option to extend the deal lies in the club's favour.

Edwards has played 27 games this season, 13 of which have been since Mick McCarthy replaced Paul Jewell as boss in November.

McCarthy has preferred to used the Trinidad & Tobago international in a wide midfield role, rather than at right-back, but he is still searching for his first goal since March 2011.

"I'm happy with my form," he said. "There's still a lot more I can do. I don't know why I'm holding back but I'm fairly pleased with the way I'm going about things and hope I can get better as the season goes on.

"Maybe I need to chip in with a few goals. It's a part of my game that's been missing the last 18 months or so. I hope a goal can come sooner or later."