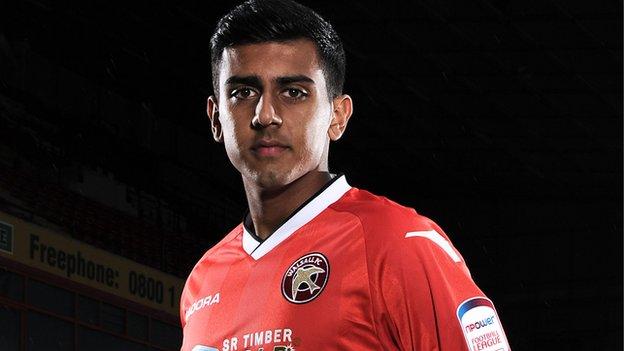 Since making his debut in the 4-1 home defeat by Scunthorpe in November, the 19-year-old local boy has made six first team appearances at right-back.

"Mal is a great prospect," said Walsall manager Dean Smith, who previously had Benning under his wing as youth coach.

He's another real talent to come off the production line

"I've known him since he was an Under-15 and he's got better and better."

Smith continued: "He's another real talent to come off the production line here.

"He's taken the opportunity that has been given to him and showed that he can handle playing at this level. This new deal gives him a great chance to continue that progression."

Benning said he was grateful to be given a contract after only a handful of first-team games, but acknowledged that the hard work was "only just starting" for him.

He added: "Walsall have a reputation for bringing through young, local talent and the fact that so many of the first-team squad have come through the ranks here made it easier for me to settle in and certainly helps with the spirit and togetherness."