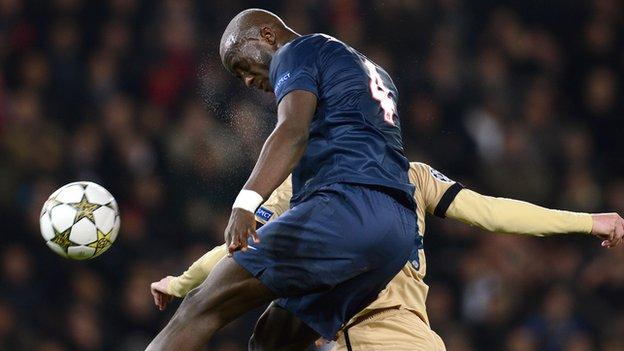 Momo Sissoko is set to return to Mali's national team three years after he last played international football after being named in their provisional squad for this month's Africa Cup of Nations.

Mahamadou Diarra of Fulham and former Barcelona midfielder Seydou Keita are also in the list of 28.

As is Samba Diakite, who was dropped by his English club QPR for Wednesday's 1-0 Premier League win at Chelsea.

Coach Patrice Carteron will have to cut the to 23 players next week.

Paris St Germain's Sissoko, who previously played at Liverpool and Juventus, was one of two players who boycotted the Mali side after a disappointing 2010 Nations Cup in Angola and disagreements with federation officials.

Seydou Keita was persuaded back to the side in September 2011, going on to play a key role in taking Mali to an unexpected third place at last year's Nations Cup in Equatorial Guinea and Gabon.

Injury thwarted hopes of a comeback by Sissoko several times last year but despite limited playing time at PSG he has won a recall for the tournament in South Africa, where Mali meet Niger first in Port Elizabeth on 20 January.

They also play the Democratic Republic of Congo and Ghana in Group B.