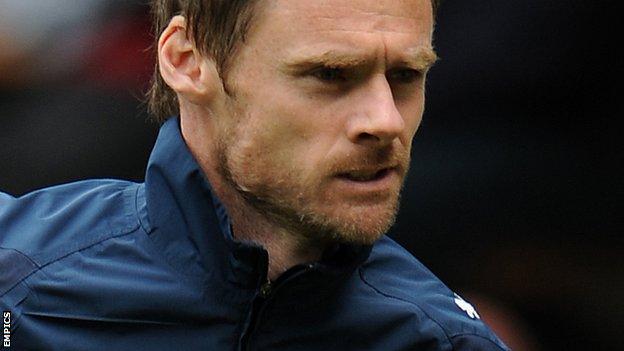 Fleetwood manager Graham Alexander has said that, where possible, he wants to sign players on permanent deals.

with the League Two club on 1 January.

Alexander told BBC Radio Lancashire: "I'd prefer to get people that have got an investment in the club, and that it means something to them.

"As much as we can, we'll get players in here that are desperate to do well for Fleetwood and for themselves."

The former Preston and Burnley defender added: "I'm not ruling out loan moves, but if we can get people permanently, that's more beneficial to us."

Veteran midfielder Barry Ferguson and young winger Tom Barkhuizen have both returned to Blackpool after their loan spells at Highbury expired.

Fleetwood are undefeated in five league matches since Alexander, 41, and they will hope to extend that record at Northampton on Saturday.