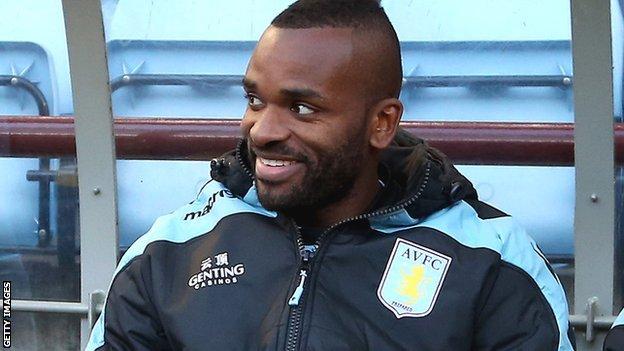 Aston Villa boss Paul Lambert has said he does not intend to sell any of his squad during the transfer window.

In answer to a question about out-of-favour striker Darren Bent, Lambert said: "I don't want to sell anybody - I don't have to let anybody go."

Bent, 28, has played only 13 games under Lambert and has been linked with moves to Liverpool and QPR.

"He's a top, top player and he's not getting a game at Manchester City at the minute," said Lambert. "But we won't just get people in for the sake of getting them in."

Former former Wolves and Everton centre-back Lescott, 30, has been linked with a move to Villa, the club he supported as a youngster.

Lescott would almost certainly have to take a cut in wages for the loan deal to happen.

"I will sit with the rest of the staff and see what I can do," said Lambert. "But I don't think you can ever dismiss it whenever you are talking about a top player."

Lambert said he still had the backing of owner Randy Lerner, despite Villa's poor run of results over the festive period, which saw them concede 17 goals and take a single point from four games.

"He's been great, he really has," said Lambert of Lerner. "He said himself that this was always going to be a really tough year because of the transition."