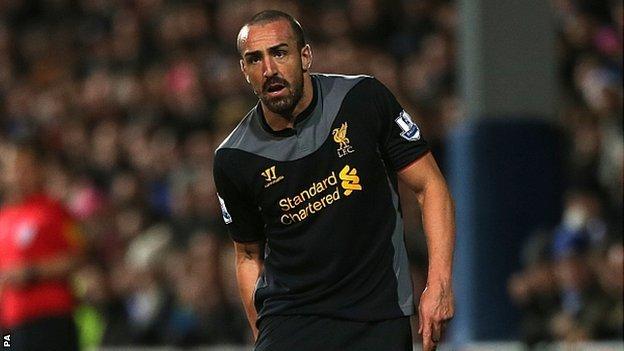 Liverpool's in-form left-back Jose Enrique will be out for up to six weeks with a hamstring tear.

The Spaniard came off during the on 30 December and missed Wednesday's victory over Sunderland.

"He has looked fantastic in the games but it looks like he'll probably be out for up to six weeks," said manager Brendan Rodgers.

Enrique, 26, a £7m signing from Newcastle in August 2011, has made 18 appearances for Liverpool this season.

He had started every league game since 20 October - scoring his first goal for the club in a 3-0 victory over Wigan - before being forced off after 70 minutes at Loftus Road.

Enrique will miss tricky away trips to Manchester United, Arsenal and Manchester City in the Premier League.